Dr. David Butler joined the Knoxville Museum of Art as executive director in 2006 after serving as the director of the Ulrich Museum of Art at Wichita State University since 2000; director of the Swope Art Museum in Terre Haute, Indiana 1995-2000; and the Emerson Gallery at Hamilton College in Clinton, New York 1992-1995. He was also an instructor in art history at the University of Missouri-St. Louis and at Washington University in St. Louis. Butler earned a Bachelor’s Degree Magna Cum Laude in Art History in 1976 and a Master’s Degree in Art History in 1980, both from Florida State University. He received his Ph.D. in Art History with concentration on 17th century Italian Art from Washington University in 1991. Butler is a peer reviewer for the Museum Assessment Program and Accreditation Program of the American Alliance of Museums (2004 Excellence in Peer Review Service Award) and has served as a visual arts panelist for the Tennessee Arts Commission, has served on the board of the Art and Culture Alliance of Greater Knoxville, the City of Knoxville Public Art Committee, the Knox County Historic Zoning Commission, and is past president of the Southeastern Museums Conference. Denise DuBose’s primary responsibility has been to support KMA’s governing board. She assists the director as needed and serves as the office’s tech assistant, managing technological issues with computer services and equipment. DuBose spent nearly 10 years working for Lockheed Martin as a computer analyst and programmer. She joined the KMA as a volunteer and started working as an operations assistant in 2006. In 2009, she stepped into the role of the manager of L’Amour du Vin, KMA’s largest fundraiser. DuBose holds a Bachelor of Arts degree in French from Bridgewater College, Virginia, as well as a Bachelor of Science degree from East Tennessee State University, Johnson City, Tennessee, in Computer Science with added coursework in Accounting. Stephen C. Wicks served as curator of collections and exhibitions at the Columbus Museum (Georgia) between 2003 and 2006, and in a similar capacity at the Knoxville Museum of Art between 1993 and 2003. He holds a Master’s Degree in Art History and Museum Studies from Case Western Reserve University and a Bachelor’s Degree in Art History from the University of Tennessee. During his 19-year curatorial career, Wicks has organized dozens of exhibitions devoted to contemporary art, including Forest of Visions (1993), Awakening the Spirits: Art by Bessie Harvey (1998), Richard Jolley: Sculptor of Glass (2000) and New Directions in American Drawing (2006). Clark Gillespie joined the Knoxville Museum of Art full time in August 2007. Gillespie manages the community gallery, an exhibition space dedicated to strengthening bonds and building awareness for non-profit arts and cultural organizations in East Tennessee. He coordinates all aspects of exhibition design and installation. He currently fulfills the duties of the museum registrar maintaining the care and upkeep of the museum collection and archives. While earning his Bachelor of Fine Arts degree in Studio Arts and a minor in Art History from the University of Tennessee, Gillespie helped found Three Flights Up gallery in downtown Knoxville. 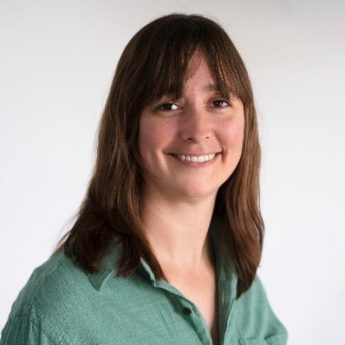 Natalie McLaurin started as the KMA Exhibitions Manager in January 2020. She grew up in Knoxville, and received a Bachelors in Industrial Design from Pratt Institute and an MFA from University of New Orleans. She has worked as an art preparator at The Guggenheim, Cooper Hewitt Smithsonian Museum, The Contemporary Art Center in New Orleans, The Ogden Museum of Southern Art, and numerous galleries. She was the Gallery Director at Antenna in New Orleans from 2012-2019. She also maintains active studio and curatorial practices. Kelsie Conley joined the KMA in August 2019 and brings a wealth of experience as an artist, set designer/builder, prop coordinator, gallery installation assistant, and studio assistant.  She earned her BFA in Painting & Printmaking with a minor in Art History from Virginia Commonwealth University.  She is also co-founder and director of the artist-run alternative gallery space BAD WATER in North Knoxville.  As a practicing artist, her focus is bookmaking, and print media.  Before moving to Knoxville, Kelsie lived in New York City. Lori Calvert joined the KMA as Director of Development in August 2019 after serving as Director of Stewardship & Donor Relations at the University of Tennessee Medical Center and UT Graduate School of Medicine since 2015. At UTMC, she served as the organization’s strategic leader for donor relations, stewardship, advancement-related communications, and special event programs. Prior to that, she served as the Director of Development Programs at the University of Tennessee Foundation from 2009-2015 where she was responsible for major donor board management, special events, stewardship, and donor relations. Margo Clark joined the museum in 2000 bringing with her more than 11 years experience in non-profit membership, special events, and fundraising. She holds a Bachelor of Science degree in Communications from the University of Tennessee. During her career at KMA, Clark has written numerous successful federal, state and local grants, including four recent NEA grants. She also serves as a visual arts panelist for the Tennessee Arts Commission. Maggie Meyers joined the KMA in 2013 as the development administrator. Meyers comes to the museum with over 18 years of development and event experience in the non-profit sector, the last seven of which were with Emerald Youth Foundation. A Knoxville native, she has a Bachelor’s Degree in Mass Communications with an emphasis in public relations and advertising, from Carson-Newman University. Chelsea joined the KMA staff as a Visitor Services Representative in April of 2017 and was promoted to Volunteer Coordinator in July of 2018. She graduated magna cum laude with a Bachelor of Fine Arts degree in 2008 from the University of Alabama with a concentration in Sculpture and a minor in Printmaking. During her time there she was awarded the Arts & Sciences Outstanding Sophomore, became a member of the National Society of Collegiate Scholars, the Phi Beta Kappa Society, and the Golden Key Honor Society. She is currently a council member for the KMA Volunteer Advisory Council, and for the East Tennessee Volunteer Management Association through Volunteer East Tennessee. Sarah Kaplan joined the KMA staff as the Marketing Manager in June of 2021. In 2009, she moved to the area to attend the University of Tennessee, Knoxville where her education focused on Women’s Studies and Philosophy. For six years prior to coming to the museum, Kaplan worked as a project manager for Knoxville Graphic House assisting numerous local businesses with all aspects of  design and marketing. Sarah has been involved with the Knoxville Museum of Art since 2016, working closely with the marketing team, gift shop, and auxiliary groups. Rosalind Martin joined the education department in 1993 and became the assistant curator of outreach and teacher services in 2003, overseeing youth outreach and family programs, pre K-12 grade student and teacher services, and tour scheduling. She holds a degree in business and a certificate in leadership and management from the U.S. Air Force. Prior to coming to the museum, she worked as an audiovisual media specialist, and as a training coordinator for a group of 18 government agencies. Martin was selected by the Tennessee Art Education Association (TAEA) to receive the prestigious Art Museum Educator of the Year award in 2005. In 2012, Martin was honored as the Tennessee Art Educator of the Year, the only non in-classroom educator to ever earn this title. 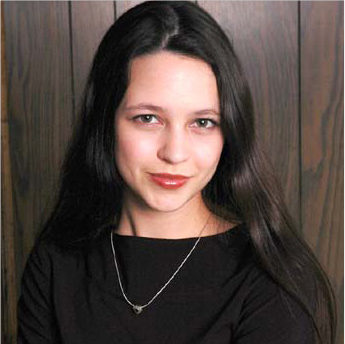 DeLena Feliciano has a BFA in 2D Studio Art, holds certifications with The National Association for Interpretation as a Certified Interpretive Guide and the International Foundation for Cultural Property Protection as a Certified Visitor Relations Specialist. Feliciano began at the KMA as a Front Desk Volunteer in 2005. After working as a museum shop associate at the High Museum of Art in Atlanta she returned to Knoxville in 2008 and worked as a KMA Visitor Services Representative. Feliciano was promoted to Visitor Services Manager and Volunteer Coordinator serving in that position from 2012-2018, at which time she was hired as the Assistant Director of Education. Feliciano serves the KMA and the community on various councils, including the KMA Volunteer Advisory Council, the Knox Area Museum Educators Roundtable, and the Cumberland Avenue Merchants Association. Carla May Paré joined the KMA staff in January of 2012 after working as the outreach coordinator for East Tennessee PBS, Knoxville’s public television affiliate. She has over a decade of experience in fundraising and event production; and serves on the United Way of Greater Knoxville Investment Committee for Health & Basic Needs, Boys & Girls Club of the Tennessee Valley Resource Development Board, and is a volunteer for the Community Coalition Against Human Trafficking. Paré has a Bachelor of Science in Communication degree from the University of Tennessee, Knoxville. Joyce Jones has been on staff at the museum since 1995. She began her tenure as an accounting assistant and was promoted to current position of director of finance in 2003. Prior to joining the museum, she worked in several accounting positions in the manufacturing sector. Brandon Gallagher joined the KMA staff as Facility Manager in March of 2022. Originally from Cincinnati, Ohio, he relocated to Knoxville in 2011. Prior to joining the museum, Brandon worked in multifamily facilities maintenance since 2006. Donald Fain joined the museum as maintenance technician in April 1992. Prior to joining the museum, he worked in maintenance and carpentry positions with Lear Seating Company, Five Oaks Company, Joy Manufacturing and the City of Dandridge. Travis Solomon graduated from Fulton High School in Knoxville, Tennessee. He has been working for the KMA in a facilities position since 1996. Susan Creswell joined the museum as shop manager in 2004. Creswell holds degrees in retailing and art from the University of Tennessee, and has also studied at The Fashion Institute of Technology, New York. Creswell has enjoyed a successful career in retail management and taught retail merchandising courses at the university level. Senea Worden joined the Knoxville Museum of Art in November 2015 as the Assistant Gift Shop Manager. Senea has retail experience, most recently having worked at Mast General Store in downtown Knoxville. Senea has a Bachelor of Science in Art Education from University of Tennessee and a Master of Science in Social Work from University of Tennessee. Diane Hamilton joined the museum staff in 2010. Hamilton holds a Bachelor of Fine Arts degree in Painting and Drawing and Master of Science in Vocational Rehabilitation from the University of Tennessee. She is an accomplished artist and participates in local and regional events. She is a member of the Southeastern Pastel Society. Brian joined the Knoxville Museum of Art as the new coordinator of “Alive After Five” in June of 2021. He brings a love of the arts and a wealth of experience in performing arts. Brian is an accomplished jazz pianist and a gifted vocalist. Brian has seven recording projects to his credit and has shared performance stages with incredible contemporary jazz artists including Kirk Whalum, George Duke, David Sanborn, and Stanley Clark.

Brian is also a veteran radio broadcaster with 25 plus years of experience. He began his radio career in the Atlanta radio market as an air-personality. He has since created a weekly syndicated radio program called “JAZZSPIRATIONS with BRIAN CLAY” which airs on several stations across the country.

Brian was honored to receive the 2019 Martin Luther King Commemorative Commission of Knoxville Arts Award. He is a two-time Gospel Choice Award Winner. In 2018, Brian placed 5th in the “Lee Ritenour International Piano competition. He is a major influencer in Knoxville’s music scene performing in venues in Knoxville and across the southeast.